“The Court Room vs. Your Office (How the Casey Anthony Saga can Help You Grow)”

These feelings rang so loudly in my head when I heard the Casey Anthony verdict that I could focus on little else.  NO 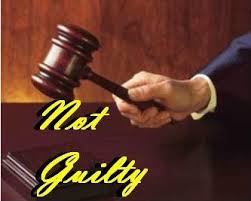 As the day wore on however, I found myself reflecting on the events of the past several months.  Of the cases presented by the defense and the prosecutors, of the perspective of the jurors, of the impetus of my own anger and outrage and (as always) what I could learn (what WE could learn) from this similarly OJ-ish child death case.

As a resident of Orlando, I can tell you that we have literally been inundated by the Casey Anthony case for the past three years without a break. I could care less for the all the pre-trial hype but once the trial began…

I was completely sucked in.

Having had a little time now to process the verdict, I wanted to share my thoughts on what I am learning (or re-learning) from the Casey Anthony saga as it relates to my work and my life.  There are lessons in everything if we are open to them so here are a few that I wanted to share with you. This post was written as much for me as for you but I hope that something written here supports your journey as much as it does my own:

I would love to get your thoughts.

This entry was posted on Wednesday, July 6th, 2011 at and is filed under Current Affairs, Personal development, Television. You can follow any responses to this entry through the RSS 2.0 feed. Both comments and pings are currently closed.