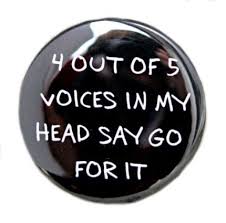 why can’t everyone just play nice? Undoubtedly one of the greatest challenges (and the greatest downfalls for many) in the work environment is dealing with conflict...and, unfortunately, it's an area in which most lessons are learned posthumously (in other words, AFTER the damage has been done).

Yep. Been there, done that.

If you wish everyone would just "play nice", think again.  While not all workplace conflict is good, some conflict is actually necessary to push the organization past it's own boundaries.  How boring (and limited) would an organization be if    Read More

creating an amazing 2010: the carrot and the stick

So now the question for you is: What will you create in 2010?

Let me first tell you that I'm not a "resolutions girl".  They're cute.  They're fun.  And if they work for you great.  But resolutions are often initiated out of some sense of "have to".  You know what I mean....

I have to quit smoking.

I have to spend more time with my family.

Now let me ask you, does    Read More

Tags: coachv, leadership on speed, resolutions, valerie pendergrass
Posted in Coaching, Inspiration, Valerie Pendergrass | Comments Off on creating an amazing 2010: the carrot and the stick

Valerie Pendergrass (Coach V) holds a Masters Degree in Counseling Psychology and is a Certified Business Coach with the International Coach Federation. Additionally, she is a graduate of the United States Military Academy at West Point and a former world class athlete.

She established her expertise within the Defense, Biotech, Pharma and Public Sector Industries working with and for    Read More