“Focus on What You Can Control” 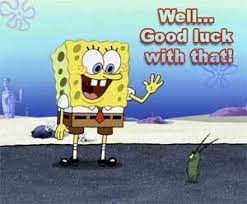 There is so much in today’s work environment that we cannot control.  It is the biggest single frustration my clients face (and report) on an almost daily basis.  It is fine to acknowledge one’s frustration with the uncontrollable but if we’re going to be effective leaders, we must FOCUS on what we can control.

Right now I’m reading a great book written by Kevin & Jackie Freiberg titled, BOOM!: 7 Choices for Blowing the Doors Off Business-As-Usual. In a section dedicated to focus and responsibility they say, “The more you focus on what you can control, the more freedom you have to take a stand.”

Generalizing and catastrophizing one’s current situation does not move you forward.  In other words, do not make current circumstances bigger than what they really are.  Instead, focus on the task in front of you today.  Consider Michael Phelps, not only a gold medal Olympic swimmer several times over but arguably one of ( if not the) best swimmers in history.  If every day that Michael practiced, he said to himself (catastrophizing), “I could never win at the Olympics because there are too many great swimmers out there in the world” we would not know the name Michael Phelps and so much of the world would not have been graced to see the stunning fluidity of his athleticism.  Instead, my guess is that at every practice and at every race when he got in the pool, he may have said something like, “Today, I’m going to get in the pool and practice the best I can (or run the best race I can).”  He focused on what he could control.  He focused on what was in front of him at that very moment and race by race he swam his way into the record books.

Keep your eye on the ball of what you do well!

As a leader you’ve got to tackle the things you can’t control by focusing on the things you can control. Things such as poor coworkers, outdated equipment, and lack of resources are often outside of a leaders influence. It doesn’t matter how much influence leaders have, there will always be some circumstances where they don’t have the ability to control and make change.

Successful leaders take those circumstances and make the best of them. They focus on what they can control and what they can improve. They learn to minimize time spent with poor coworkers by maximizing the amount of time they spend with great coworkers, find ways to use their outdated equipment effectively, and become more creative to deal with their lack of resources.

This entry was posted on Tuesday, August 2nd, 2011 at and is filed under Career management, Coaching, Valerie Pendergrass. You can follow any responses to this entry through the RSS 2.0 feed. Both comments and pings are currently closed.

One Response to “focus on what you can control”