coaching is not for everyone

“Coaching may be popular but it’s NOT for everyone” 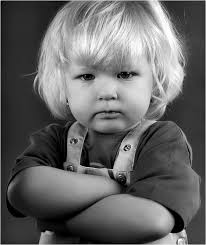 As few as five to seven years ago, coaching was still primarily attributed to the world of sports.  Now, we see the term “coaching” applied in every genre – business, music, finances, entertainment, health, etc.   Anyone has at their disposal, the ability to apply coachable moments in the conduct of their work, but a qualified few can apply coaching concepts as a discipline and skill set specifically designed to generate effective results for their client or target audience.

The beauty of coaching is that because we are evolutionary beings,  almost everyone of us is coachable at some point in our lives.  The challenge is that not everyone is coachable RIGHT NOW.    In order for coaching to have a chance at being successful, the individual MUST be open to participating and learning from the experience.  In coaching vernacular, we say one must be coach-able.

Therefore, if you are in a position to recommend others for coaching in your organization, it is imperative that you be able to identfiy folks who are also NOT ready for coaching.  This doesn’t mean they will never be coachable, it just means that you may want to consider other options or tools for now (including the possibility of an exit strategy).   As an example, some “uncoachables” have a low level of self-awareness.  You may consider 360’s, Birkmans or other assessments that can move the individual toward greater self-awareness and openness to coaching.

So how do you spot these folks?  It’s not just a roll of the dice.  The following are some indicators that should help:

1.  They don’t think they need to change. When was the last time you heard, “This is just who I am and I’m too old to change.”  Bingo!  Whether they are old, young or in-between, one sign of those not ready is they don’t perceive the need to change.  As far as they are concerned, their way of being and doing business is working just fine (despite the chaos going on around them).  If this is the case, coaching will be a waste of time.

3.  They are pursuing the wrong strategy for the organization. If the individual is already heading in the wrong direction, coaching will only take them there faster.

4.  They are in the wrong job. If your employee has their eye on the door, they will absolutely LOVE the idea of YOUR company paying for a coach to help them figure out what’s next and how to get there (remember, coaching is a confidential process so you will only see the result, you won’t know the details).  As much as you can, you want to know that the person you are investing resources in is going to be a part of the team for the foreseeable future.  As you consider individuals for coaching, keep an ear open for signs of disgruntled behavior.

5.  They are (for whatever reason) anti-coaching. Because coaching has been used historically as a reactive tool to “fix” unwanted behavior instead of a proactive performance tool, some (correctly) believe that calling in a coach means they are failing and for them, coaching is the equivalent of “big brother” looking over their should.  If someone is 100% anti-coaching, the worst thing you can do is force them into it.

You were born to be great!

This entry was posted on Tuesday, July 26th, 2011 at and is filed under Leadership, Management, Valerie Pendergrass. You can follow any responses to this entry through the RSS 2.0 feed. Both comments and pings are currently closed.